Measurement of the Effects of School Psychological Services: A Scoping Review

From our colleagues in Hesse we got this link: Li...[more]

Readiness and Emergency Management for Schools

The Board is entrusted with managing the ESPCT and represents the ESPCT. It consists of three to at most five members and has appointed the chairman, the secretary and the treasurer. If necessary, the officers are substituted by deputies.

The members of the Board are resposible for the observance of the objectives of the foundation and the day to day work, running the offered courses and projects. 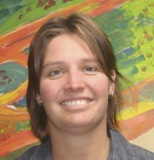 Odeth was born in 1976 in Venray, The Netherlands. She studied psychology at the Tilburg University and pedagogics (science of teaching) at the Free University in Amsterdam.

She is working as a school psychologist for almost 10 years now. Starting with diagnostics and treatment of children with specific learning disabilities in a psychological practice, she noticed the constraints of working in a small environment: the lack of transfer of the tuition and in this way the lack of communication and cooperation with school teachers.

Nowadays she is a school psychologist at an secondary school for special education for children with mental and/or physical disabilities.

She is registered as a Child & Youth psychologist and in training for EMDR practitioner.

Odeth is a member of :

Olanda was born 1962 in Sarajevo – Bosnia. When she was two years old, her parents moved to Croatia. In Croatia, she studied psychology and after graduation, worked for 6 years as a school psychologist.
Besides her regular job as a school psychologist, Olanda specialized there to work with gifted children. Together with prominent psychologists from Croatia she organized and established Little Academy Leonardo De Vinci” where gifted children could get various trainings and take part in workshops.
In 1993 she left Croatia with her family and moved to Holland. There she had to study psychology again because her degree was not valid. She graduated at the University van Amsterdam (UVA) in 1997.

Olanda is a member of :